Important terms, positions, titles, and phrases to learn will be highlighted this way.

Outside of Scotland itself, Scottish politics is intertwined with the United Kingdom (UK) and the European Union (EU). The United Kingdom is a union of the Anglo-Saxon country of England and the Celtic nations of Wales, Scotland, and formerly all of Ireland but now just Northern Ireland. South Ireland, now called the Republic of Ireland, broke with the UK and became independent in 1922. Also England previously conquered and now controls and administers the Celtic countries of Cornwall and the Isle of Man. The UK as a whole are currently members of the European Union but are expected to leave it (called "Brexit" British Exit) by January 31, 2020. The European Union is an economic and political federation of over 28 European countries. Nicknamed "the United States of Europe," the European Union has a similar concept of the United States of America in its federation or "union" of states and a central federal government of the 50 sovereign nation-states in America. 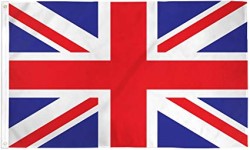 Who is in charge of the Government? The Chief Executive, like the American President, is the one who runs the government, and is the UK Prime Minister, who is the leader of the majority party and/or coalition of parties in the "House of Commons" like the U.S. House of Representatives.  The legislature who makes the laws, similar to the U.S. Congress, is the UK Parliament at Westminster. The UK Parliament is made up of two houses: The House of Lords who are appointed by the Queen for life; and The House of Commons who are locally elected members from set districts across the entire UK called "constituencies."

Seat of Government for the UK is in London. Parliament, like Congress, is at Westminster. The Prime Minister (like the U.S. President) is the head of government at Whitehall who lives at "Number 10" Downing Street (like the U.S. White House). See Wikipedia article on the United Kingdom. 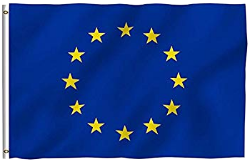 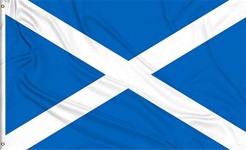 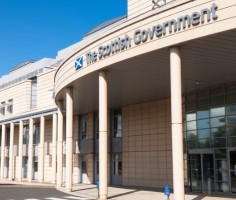 The "First Minister of Scotland" is similar to the UK Prime Minister and is also the head of the Scottish government by the fact they are the leader of the majority party and/or coalition of parties in the Scottish Parliament.  Nicola Sturgeon is the "First Minister" of Scotland and Bute House is the official working residence of the First Minister, similar to Number 10 Downing Street and the U.S. White House.
Official Websites:  www.Gov.Scot — www.FirstMinister.Gov.Scot — Bute House

The democratic voice of the people is expressed on a national level in their vote for their MSPs (Ministers of Scottish Parliament) elected for a 4 year term.  Each Scot has 8 MSPs representing them in Parliament: 1 from their local area (73 total areas) called your Constituency MSP, and 7 from your region called your Regional MSPs (total 56 MSPs from 8 regions) with a total 129 MSPs in Parliament.

Tour the Scottish Parliament
"Immersive Tour" videos below are in a 360 format, meaning you can use your mouse to move up, down, left, and right.

[ suggest a video, link, or article ]

ScottishPolitics.info by The Scottish American